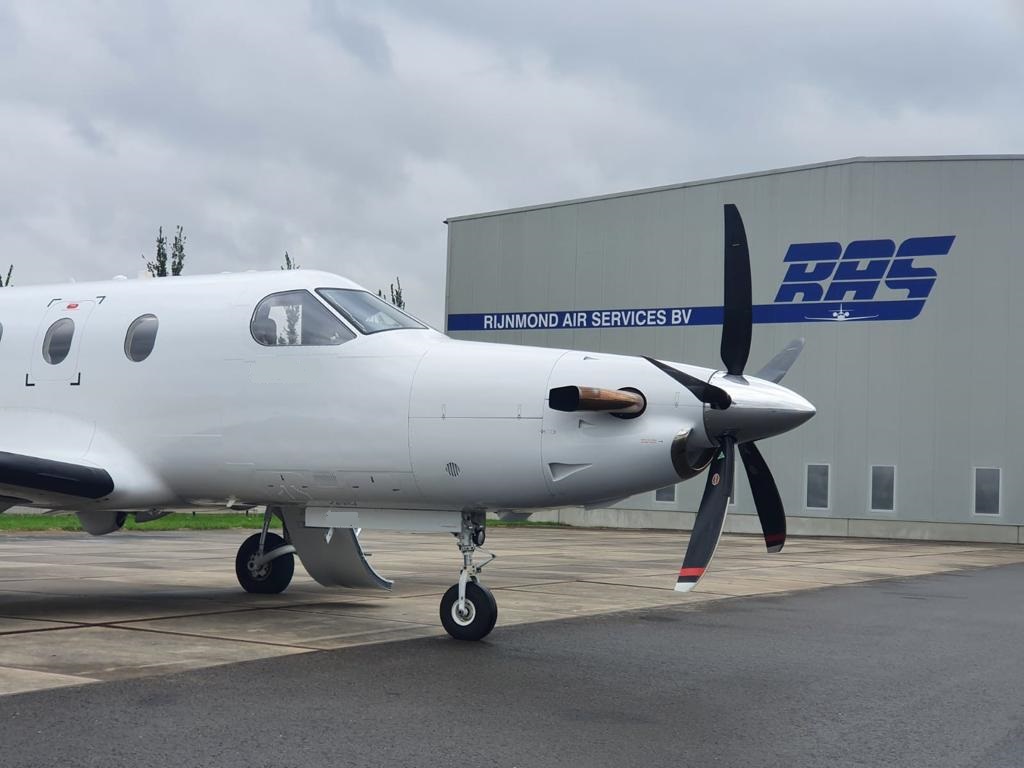 Rijnmond Air Services has recently extended their PC12 capability to include also Base maintenance checks and engine maintenance for the PC12 series. RAS already was a P&WC approved DMF for the PT6A series so the powerplant is also in good hands at Rotterdam including handling of the ESP program coverage. Please contact us at info@rasnl.com … Continued

Rijnmond Air Services (RAS) is an EASA and FAA approved Part-145 maintenance facility located in Rotterdam, The Netherlands and is proud to announce that it has now been approved by Pratt & Whitney Canada CSC as their Premium Service Provider and added both PT6 and PW500 series engines to its EASA and FAA approvals. The … Continued

On June 26, 2017 RAS received its EASA Part-145 approval for maintenance on the Cessna Citation Sovereign and the new Cessna Citation Latitude. With this new approval RAS is ready to receive the aircraft for Base maintenance at its brand new facility at Rotterdam-The Hague Airport as well as providing its AOG services to new … Continued

On April 17, 2017 the FAA granted Rijnmond Air Services BV (RAS) the Approval as Air Agency. This new approval enables RAS to extend its services to many more operators and also to provide dual signed EASA Form 1 certifications for its component maintenance. You may view the approval certificate at our ‘Approvals’ page.   Please … Continued

We are very happy to announce that construction of our new office building has been completed. We have now moved all maintenance supporting staff and management to our new offices which are located in the center of both hangars. The new facility is herewith centralised in our operations which is an important improvement to our … Continued

We have completely updated our website for better experience for you as a visitor not only on your PC or laptop but especially on the most common mobile devices. We welcome you to look around and would appriciate your comments and recommendations for further improvements to better serve our visitors (email us via info@rasnl.com).

Welcome to our new facility

During November of 2016 RAS started operations in its brand new, state of the art hangar at Rotterdam The Hague Airport in The Netherlands. Now we can serve you with even more efficiency and more space thanks to the added 2400 m2 new hangar adjacent to our excisting facilities. Also new office space is being created … Continued